The Naples Philharmonic is going on the road, according to Naples Illustrated, for the return of the “Around Town” program.

This photo of the Naples Philharmonic orchestra was taken from www.naplesnews.com

Tomorrow on March 13 at 7:30 p.m., the Phil will make its debut at Bonita Springs’ First Presbyterian Church followed by an 8 p.m. March 14 performance at Wesley United Methodist Church.

Attendees will get a special treat because guest conductor Kelly Corcoran will lead the orchestra in an all-Mozart program starting with “Adagio and Fugue in C Minor, K. 546,” followed by the “Paris” symphony, “Symphony No. 31 in D Major, K.297.”

Two additional pieces—Samuel Barber’s “Adagio for Strings, Op. 11a and Francis Poulenc’s “Sinfonietta”—will be performed as a homage to Mozart and a sort of icing on the cake.

The Naples Philharmonic is Bringing Mozart to You
March 12, 2014 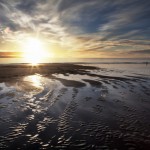