Welcome to North Naples!
Search for Homes in North Naples
AUTHOR: Katie Egan
1052
In affluent communities like Naples, wine often steals the show—but not this Saturday on March 1. The third annual Naples Craft Beer Fest in Bayfront is expecting a big turnout this weekend since more than 1,100 people came out last year. “That says a lot about how the Craft Beer Fest has taken off and
Read More
AUTHOR: Katie Egan
792
Southwest Florida development is making a comeback, according to this Naples Daily News article. And seasonal residents are not the only ones who have noticed. Whenever I visit a part of Naples that I haven’t been to in a while, I’m always so surprised to see how much has changed. Here are Some Examples from
Read More
AUTHOR: Katie Egan
697
Back in 2010, Florida became the 45th state to approve the common core standards, according to this article from the Orlando Sentinel. Since then, they’ve been met with mixed reviews and are currently being revisited. Some parents argued that the standards represent the federal government’s illegal intrusion into public education, a push toward even more high-stakes testing
Read More
AUTHOR: Katie Egan
702
This article from Zillow says home buyers should have less competition and an easier time finding their dream home as investors step back and the home shopping season begins to heat up. The latest Zillow Home Price Expectations Survey, which surveyed 110 economists, real estate experts and investment and market strategists, found that investors who bought
Read More
AUTHOR: Jesse McGreevy
890
According to CoreLogic, 2.5 million US homes properties in the second quarter of 2013 emerged from being in negative equity to positive equity. Negative equity means that the mortgage balance is higher than the home value commonly referred to as underwater. About 14.5% of all residential properties with a mortgage were still in negative equity
Read More
AUTHOR: Jesse McGreevy
1321
Olde Cypress Click Here to see all of the homes available in Olde Cypress
Read More

What You Need to Know Before Buying
September 30, 2013

Underwater? Not Any More – Big Decline in Underwater Mortgages
February 3, 2014 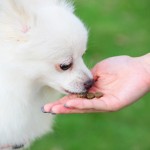 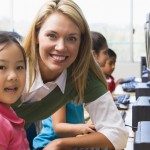